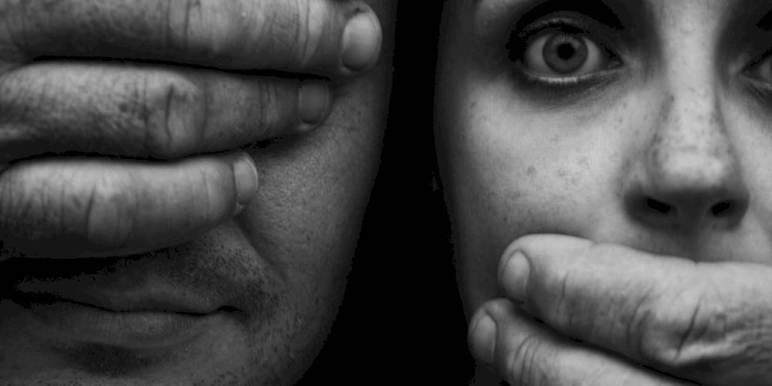 I originally wrote this piece in October of 2016.   In honor of the Weinstein verdict, I am sharing it again.  Maybe, just maybe, our culture is starting to shift just a little.

Social media has been buzzing this morning with the reveal of Donald Trump’s misogynistic and vulgar comments about women in 2005. They are appalling, but for most women, negotiating these types of attitudes and behaviors is business as usual.

A few months ago after yet another shooting of an unarmed African American by the police, I was working out a possible blog post in my head. I wanted to try to articulate the analogy between how African American parents are forced to prepare their children for our racist culture with how women must prepare their girl children for American rape culture and had the revelation that I take this culture so much for granted that I rarely bother to have direct conversations about this with the men in my life. I don’t know if they are even aware of what most girls and women experience on a daily basis. It just is.

I actually cannot remember a time in my life that I was not aware that there will always be some boys and some men who will see girls and women, see me, as an object, as less than human, as a potential source of their gratification regardless of my wishes or consent. Did this awareness start the first time I was told by a teacher that the grade-school boy who pulled my braid so hard that it brought tears to my eyes was just doing that because he “liked” me?! Was it the first time spin the bottle was played at a middle school party and the girls were expected to be “good sports” and kiss boys they didn’t like, who might even repulse them, because they agreed to play in the first place? Was it the first time a friend showed up in high school English class with a black eye from her boyfriend and instead of offering her support, classmates whispered behind her back wondering what she had done to “deserve” it? Was it the first time I saw a fashion magazine ad where a vacant-eyed woman in gorgeous clothes passively endured being groped by an equally gorgeous and well-dressed man? Or was posed kneeling prostrate in front of him, her head level with his crotch? Or maybe it was the first time I saw a Robert Palmer video on MTV.

Perhaps it was the first time an adult man paid a little too much attention to my pre-adolescent developing body and when I complained to my mother about it, saying it made me feel “gross,” I was basically told this is “just the way things are. Please don’t rock the boat by protesting or causing a scene. Just try to stay out of his way.”

Girls are taught from an incredibly early age that we are responsible not only for our own sexuality but for the sexuality of boys and men. That birth control is our responsibility. That being a sexual tease (i.e. making out with a boy and then deciding we don’t want to go any further) is the worst thing that a girl can be. Or maybe that is being a slut– that’s always been a little bit confusing to me. Although the amount of sexism and body shaming that today’s girls are subject to in out-of-control school dress code policies that hold girls to different standards and blame them for “distracting” their male classmates is getting much-needed press, this is not a new story. We have always been told not to wear our skirts too short, our tops too low, not to be too loud and flashy lest we attract the “wrong” kind of attention while also being told to smile more, not to dress like a sexless librarian or god forbid, do not dress like a boy or you will be mistaken for a lesbian. I am sure my mother’s generation and my grandmother’s generation were also told to be modest, keep their legs crossed, not wear their skirts too short and to be “good” girls too.

The reality is, no matter what length we wear our skirts, no matter how buttoned up our shirts are, how good we try—how good I try– to be, I simply do not know a woman who has not been subject to unwanted, unwelcome sexual attention from boys and men. I actually don’t know how many times I have ridden public transportation and not known if the man standing next to me was jostled into me or deliberately fondled me. Some of this is subtle and I have questioned my own interpretation, calling myself paranoid. Some of this is blatant and unrepentant. I have had to change seats more than once on trains and buses because of this. I have talked politely to men on trains when I would have much rather been reading my book at the end of a long day because I was worried that if I ignored his attention, he could escalate and I could get hurt.

Nor did it prepare me for the new middle-age male outpatient clinic manager who always seemed to have his hand in the small of my back when we walked down the hall. It just felt “wrong,” too “intimate” and when the administrative staff came to me and told me that he was being even more sexually inappropriate with them, I became the whistleblower who reported him to management, who fortunately had our backs and fired him the same day. What sticks with me is that despite me knowing that he had to go, that there was no place for a person in a position of power making any staff member feel unsafe in an agency that treated traumatized and abused children, I still felt guilty about getting him fired.

I have personally had to fire a male temp employee who was doing mental health intakes for my unit at a community mental health center who made arrangements to meet one of our fragile new female clients in a bar and then asked her to go out with him. She was brave enough to report him. Both he and his temp agency were puzzled about why he had to go and had to go immediately.

I have lost my shit with a male emergency room doctor and female nurse when I took a teenage client for evaluation after she was sexually assaulted by a car full of teenage boys. The hospital staff treated her– and me–  with visible contempt because of the way she was dressed and because she kept laughing nervously during examination, which was simply how she was dealing with the trauma. She was 16 years old. I was 22 and in sweatpants, flip flops and a T-shirt and hope that they remembered me for the rest of their careers yelling at them loudly enough for the entire ER staff to hear that if I was ever unlucky enough to be sexually assaulted in Boston, I prayed that I would be taken to a hospital where the staff would treat me with the kindness and compassion I deserved, with the kindness and compassion this young woman, no matter how she was dressed, had deserved.

I have been in a freshman dorm room where a drunk, entitled college football player would not take ‘no’ for an answer when my roommate allowed him to stay in the room as a favor for a floormate after a party. I made a lot of noise to make it clear that I was awake and he stopped and eventually passed out. Apparently, he was not nearly as bothered by my roommate’s resistance to his advances as he was by an audience. My roommate had a black belt in karate and just froze. He was a friend of a friend and we were so socialized to be “nice” that my roommate was almost date raped with me in the room. I can’t even remember if we ever told our floor mate about it or whether we just avoided her boyfriend and his cocky teammate going forward.

I have been catcalled when I dressed nicely– but appropriately- for work by construction workers and cars full of men. I wonder how many women reading this still feel their stomachs clench up EVERY time they have to walk by a construction site in preparation for the catcalling. I can’t believe that I am the only one. I have been angrily called a “fucking dyke” or a “stuck-up bitch” on more than one occasion when I refused to make eye contact, refused to smile, refused to say “thank you” to some random man trying to get my attention and/or making inappropriate comments about my body and what he would like to do to it when I just wanted to get where I am going.

What almost feels worse about these experiences is not that they happen, but how I have learned to just shrug them off because “that’s the way it is.” It is painful for me to have the kind of conversations mothers feel are their responsibility with my own children, to try to give them a little bit of armor against this type of pervasive and casual sexual harassment, with this rape culture. It starts young with books like “It’s My Body” and progresses to conversations about if they are going to drink or experiment with drugs to please, only do that with people they know well and trust, don’t ever accept an open drink at a party, to always go out in a group when going out at night. To look out for each other. I am angry and sad about these conversations, about the fact that I am now training the next generation of girls and women to feel responsible for someone else’s behavior. For some boy or man’s sexuality.

I realize that the many people, mostly men, who point out that potential harassers and rapists should remember that a girl or woman is someone else’s mother/sister/wife truly mean well but this really pisses me off. It should not matter if I am some man’s wife, some man’s daughter, or some boy’s sister. The fact that I am should be enough. I am a human being, not an object. I am complete and entire on my own, regardless of my relationship to others. Regardless of my relationship to a boy or a man. I deserve to have my wishes, boundaries and personal integrity respected because I am a thinking, breathing human being in this world.

Image from The Odyssey Online

Like Loading...
Posted in PoetryTagged amwriting, I will not be silent, MeToo, Not My Shame to Carry, Rape Culture, Sexual Harassment, Sexual Trauma17 Comments

17 thoughts on “What Every Woman Knows”