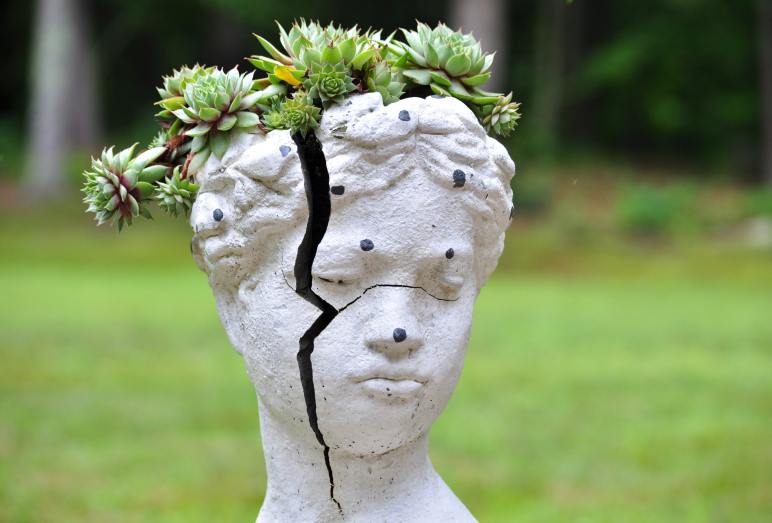 When God was a woman
Her back ached, her breasts, the line between her legs
Even when it didn’t bleed
Ached, goddamn it, it ached.
When God was a woman
She stopped laughing because
Other women didn’t laugh, they
Toiled, carrying fat babies on their (aching) backs
Water jugs on their heads, barley in sacks
Underneath their arm pits
Stinking stinking stinking
Rounding the chalky road home
They saw their men folk gathered in circles
Playing cards, playing dice
The drying flesh of animals hanging over untended fire
The men folk paid them no heed
As they prepared for dinner assuming
Those women, mothers, girls, females
Would cook, clean, birth, fuck
While they played cards, dice.
When God was a woman
She stopped laughing because
Other women didn’t laugh, they
Toiled, getting up at 5am to walk the dog
Prepare breakfast, send a report to their boss
Feed the baby who kept them up all night
Send the eldest to school, the middle child
Would go after they left
In a car that hadn’t been serviced in 5 years
The long commute, the long day
A boss who got his meals lovingly prepared
By his fragile boned mother
A boss who expected all mothers to work late
Getting home when it’s dark
Kids in bed, pay the babysitter, sit in the
Living room with a microwaved meal
Wondering where all the good men
Have gone, if they ever existed?
Surely not her husband who
With her third pregnancy left her for
A younger woman, a younger version of her
Who may exact her revenge in future years
When he is old and grey and disappoints
Bleeding him dry because – why not?
The fallacy we can have it all
The fallacy gender is equal
The fallacy God is female
Because if she was, this woman would
Not be trying to do it all
She simply wouldn’t have to.

Photo by George Nifakos on Unsplash

One thought on “When God was a woman – Candice Louisa Daquin”